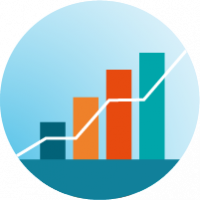 To provide an update on current claims issues and claims handling techniques. This will include discussion of a case study by claims experts with an opportunity to participate in the workshops and ask questions.
We will review property and casualty claims handling in this programme and offer a focus on several specialist lines during the campus.

We will review property and casualty claims handling in this programme and offer a focus on several specialist lines during the campus.

Recommended for claims professional  with a minimum of 3 – 8 years’ claims handling experience.

An experienced technical reinsurance claims executive, Nick is managerially responsible for all inwards loss advice and the claims portfolios within EMEA Treaty at SCOR P&C. Having started his career at two of the largest broking houses before moving on to senior claims adjusting roles and managerial roles at global (re)insurance Companies, Nick has 30 years London Market and International claims experience. His last position before joining SCOR was Global Head of Casualty Reinsurance Claims at a major (re)insurer. Nick joined SCOR in February 2015 and has been instrumental in the implementation of new claims procedures and the implementation of revised consistent claims handling strategies. Nick has extensive adjusting and managerial experience on all classes of business written.

Reka is an experienced claims manager and a German qualified solicitor. She has been part of SCOR´s treaty claims team since January 2016. Since 1 March 2017 she is Claims Manager in SCOR´s Cologne office and is responsible for all treaty claims from Germany, the Nordic, Netherlands and South-Eastern European countries and Italy. Reka has handled motor and liability reinsurance claims from the UK and large property, cat and aviation reinsurance claims over a number of jurisdictions. She also has evaluated, drafted and negotiated reinsurance wordings and brings with her a unique understanding and knowledge of reinsurance contract clauses.

Tim has worked in the London insurance market since 2003, with a continued focus on Claims Operations. He started at the market’s service provider Xchanging (now known as DXC) where he facilitated the roll-out of the London market’s Electronic Claims File (ECF) system to Lloyd’s market and Company insurers and brokers. After two years at Catlin managing agent between 2007 and 2009, he joined the Corporation of Lloyd’s as Senior Project Manager to lead the implementation of a streamlined claims agreement structure to the Lloyd’s market (in 2010) and also the ground-breaking Single Claims Agreement Party (SCAP) process for the whole London market in 2018. Tim then joined SCOR in October 2018 as EMEA Treaty Claims Operations Manager, and recently was appointed as the Global Head of Specialty Claims Operations. His responsibilities also include the expansion of e-processing of Claims Messages and implementing Straight Through Processing (STP) throughout SCOR’s global offices.

Martin joined SCOR Zurich on 1st October 2015 and has responsibility for Global Lines, which include Agriculture, Aviation, Construction, Credit & Surety Political Risk and Marine. He started his career as a Casualty underwriter and transitioned to Claims more than 20 years ago. At SCOR he has managed claims from Nat Cat events in the US and other territories together with claims teams world-wide, underwriters and actuaries. He has conducted claim reviews to help clients reserve and settle claims. Martin believes co-operation between various multi-disciplinary teams is key to properly manage Catastrophe claims.

Amy is an experienced reinsurance claims executive and a licensed U.S. attorney. She has been part of SCOR’s treaty claims team since joining the company in 2017. Amy began her career in the private practice of law, and then moved into senior claims management roles and managerial roles at global (re)insurance companies including GE and Swiss Re. Amy is currently based in SCOR’s Chicago office, and some of her areas of responsibility include claims Global Client Management Initiatives, Broker Relationship Management initiatives, engagement with SCOR’s P&C Ventures group, which explores and invests in insurtech companies for the benefit of our clients and for SCOR, and Global Claims Training and Education.